Best Place To Visit In India

Deeply traditional yet endlessly surprising, India is one of those destinations that ends up on every traveler’s bucket list at some point. They might dream of going to Agra to see the Taj Mahal in all its glory or exploring the royal palaces scattered throughout Rajasthan. Others find themselves attracted to the jaw-dropping landscapes in Darjeeling and Rishikesh, or the postcard-perfect beaches in Goa.

There’s also India’s big cities—New Delhi, Mumbai, and Kolkata—each of which has its own distinctive personality. It’s impossible to get bored exploring the temples, markets, and colorful streets of India’s biggest urban centers. The hardest part of traveling to India is figuring out exactly what to see on your journey.

So named for the yellow sandstone used in most of its buildings, the Golden City of Jaisalmer is an oasis of splendid old architecture that rises from the sand dunes of the Thar Desert. Once a strategic outpost, today the city is filled with splendid old mansions, magnificent gateways, and the massive Jaisalmer Fort-also known as the Golden Fort-a daunting 12th-century structure that rises high above the town.

In addition to its palaces, temples, and fine old homes, the fortress boasts 99 bastions along with massive gates leading to its main courtyard where you’ll find the seven-story-tall Maharaja’s Palace. Started in the early 1500s and added to by successive rulers right up until the 19th century, the palace offers sections open to the public including areas beautifully decorated with tiles from Italy and China, and intricately carved stone doors, as well as a number of Jain temples dating from the 12th to 16th centuries, each decorated with fine marble and sandstone images, palm-leaf manuscripts, and brightly painted ceilings.

Built by Shah Jahan in 1648 as the seat of Mughal power-a role it maintained until 1857-the magnificent crescent-shaped Red Fort in New Delhi, named after the stunning red sandstone used in its construction, covers a vast area of more than two square kilometers, all of it surrounded by a large moat. Highlights include its two largest gates: the impressive Lahore Gate (the fort’s main entrance) and the elaborately decorated Delhi Gate, once used by the emperor for ceremonial processions.

A fun part of a visit is exploring Chatta Chowk, a 17th-century covered bazaar selling everything from jewelry to silk garments, as well as souvenirs and food items. While you can explore the fort yourself, guided tours are offered and provide a fascinating insight into the life and times of the Shah, including a peek into the stunning white marble Hall of Public Audiences (Diwan-i-Am) where he received his subjects.

Mumbai: The Gateway of India

Standing an impressive 26 meters tall and overlooking the Arabian Sea, the iconic Gateway of India is a must-see when in Mumbai. Built to commemorate the arrival of King George V and his wife Queen Mary in 1911, this stunning piece of architecture was opened with much pomp and ceremony in 1924 and was, for a while, the tallest structure in the city.

Constructed entirely of yellow basalt and concrete and notable for its Indo-Saracenic design, the Gateway of India was also the scene of a rather less jubilant procession of British soldiers in 1948 when India gained its independence. These days, the huge archway provides a stunning backdrop that is as popular among locals as it is tourists. 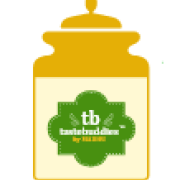 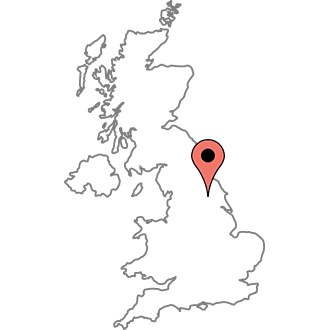